During the late 19th century in Steenwijck, a small working class town  north in the Provence Overijssel(The Netherlands), a special meeting is being held. The whole square is filled with Time travelers, Air travelers, Victorian high class, merchants and “enlightened” minds from around the world who gathered to demonstrate and to share their stories or inventions. It is a market where the Airship crews buy their mechanical parts and where workers offer their services. The future is here and industrialization is back with a twist, a hint of Steampunk.

What is the goal of the event?

The Square of Enlightenment, or Het Plein der Verlichting as it is called in dutch, is a dutch event during a Saturday in December where locals and non locals can escape from the harsh reality and enter the stories of Charles Dickens and Jules Verne. Whilst Shopping and having fun with the family, either during the day or in the evening, they will have the feeling like they stepped through a time machine. They can meet figures from the stories or play games from the late 19th and early 20th century. Shouting merchants, singing choirs, Jugglers, Barbers and Street rats all their to create this historical world with a twist of Steampunk.

It is a world that never happened, since the industrial revolution took over we forgot how to make things with our hands. Here Steampunk comes in and offers us an alternative historical timeline were steam power is still mixed with electric Tesla power. It is imagining an alternative turn of history, it is Victorian while having these steam powered contraptions. One of the great steampunk writers is Jules Verne, who wrote about capt. Nemo and his Nautilus and also about Air traveling in his book “around the world in 80 days” while in his time neither of the stories were yet possible.  Steampunk has hit the tipping point, it is now in the mainstream. Movies, music video’s, clothing and industrial furniture is now seen every where. 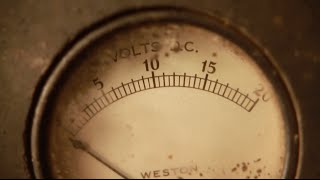